A New Take on Wonder Woman, and I love it! 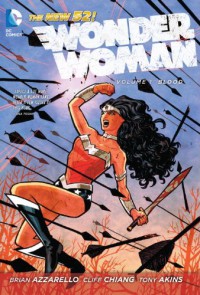 I've been meaning to read this reboot for a while. Despite all the mixed reactions people have had to the New 52, I've been hearing a lot of great things from people I trust about this new take on Wonder Woman. But I was still on the fence so I waited until my library got a copy of the trade. Now after reading I feel like an ass for waiting for so long, because it is awesome.

Wonder Woman has always been a blending of mythology and the DC universe, but Azzarello takes it to the next level. While some mythology and DC purists might not like the changes, I loved them. On so many levels.

First, the feel of this story has more of a mythological atmosphere. It reminds me a lot of Neil Gaiman's Sandman series. We're dropped into the story, with a narrative that sounds right out of folk tale and action befitting a flagship title for DC. Yeah, this is a Wonder Woman title, while many people view her as a diplomat and peace keeper, they forget that she is also an Amazonian princess, equal in strength and power to Superman. In this story Diana doesn't hesitate to kicks ass and takes name.

The story is compelling, the art is stunning, but above all that, this is a Wonder Woman I can relate to, as well as admire. She is bold, conflicted, and rightfully so. The very foundation of her existence is shaken. Everything about how she viewed herself, and her mother changes in this story, and still Diana stays true to herself and her mission.

This is a dark story, lots of bloodshed, death and raw humanity. Which is right up my alley. The supporting cast is great, and diverse in very surprising ways (I LOVE Chaing's take on all the goods, especially Apollo). Gods like Hermes, Apollo and Eris are deeply involved in the story, along with the very human character Zola, who plays a big part in the story. Zola is awesome, she delivers a lot of fantastic lines that made me laugh out loud, but is also very sympathetic. She didn't ask to be thrown into the middle of a godly power struggle, but she does a great job of coping with all it.

I also love the look of Diana in this book. Yes, she still has the hour-glass figure of the classic Wonder Woman, but she is taller, and broader. She looks like an Amazon of legend. She also fights like a warrior, gets in the action. Chaing does a fantastic job with action shots, and her design. Giving us enough of the old to keep her familiar, but with a whole new take on everything from her costume, complexion and stature. Paired with Azzarello's fantastic storytelling, we get a great example of a what a reboot can do. This team does it right.

I can't recommend this book enough. Even if you've never read comic books, if you like Wonder Woman, mythology, or just stories featuring kick ass women at the helm, you should give this one a try. 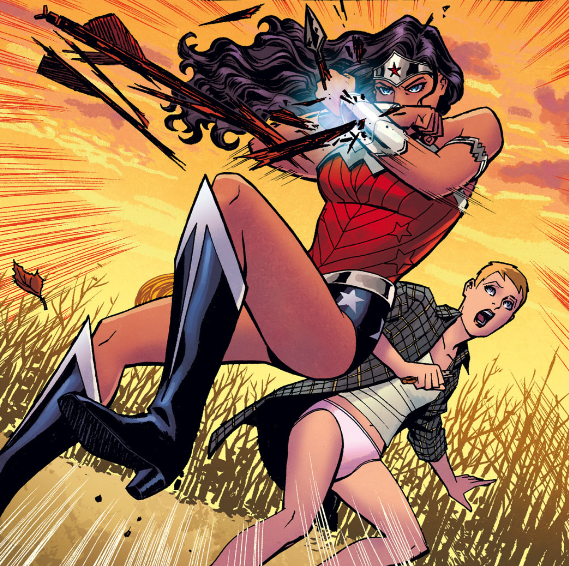